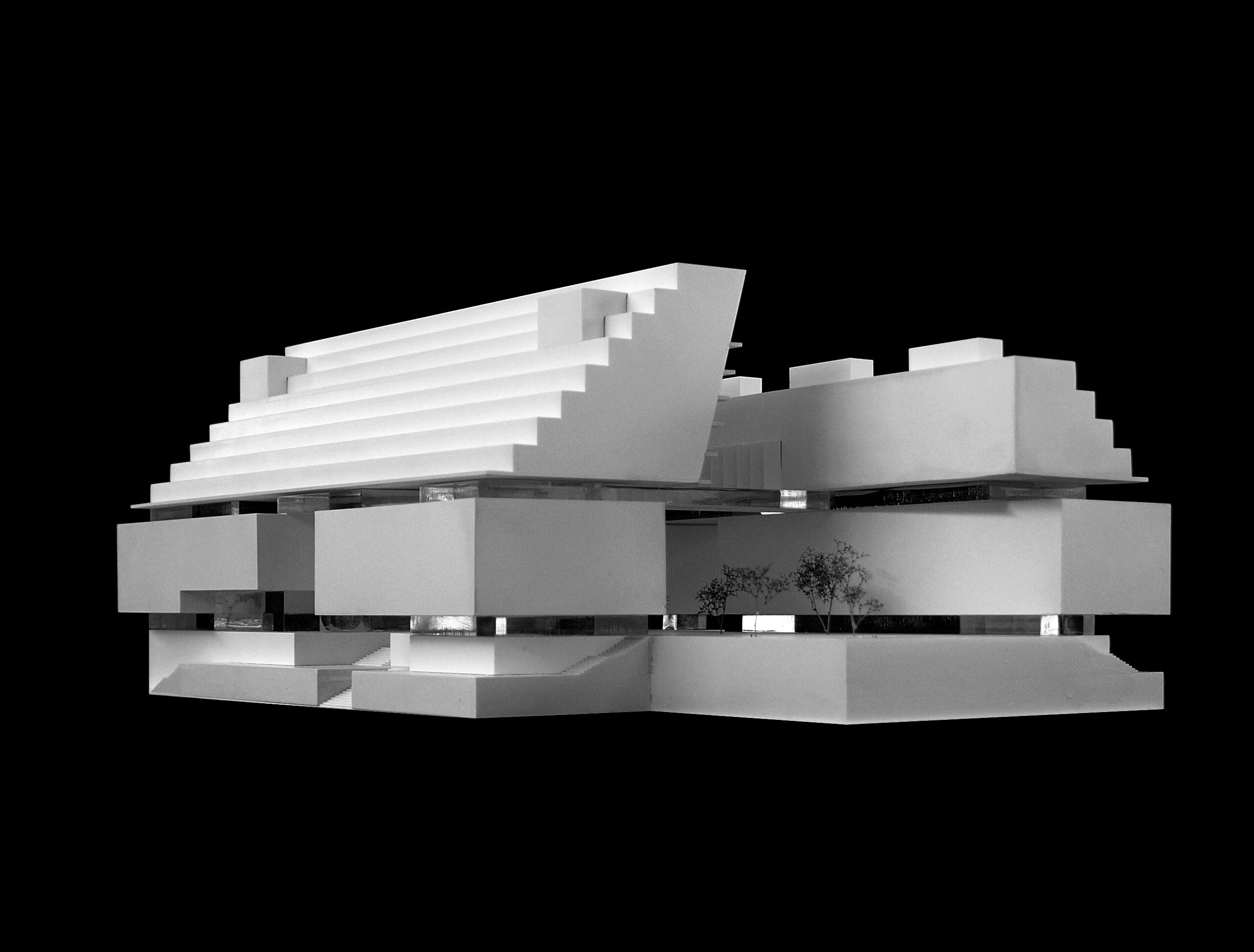 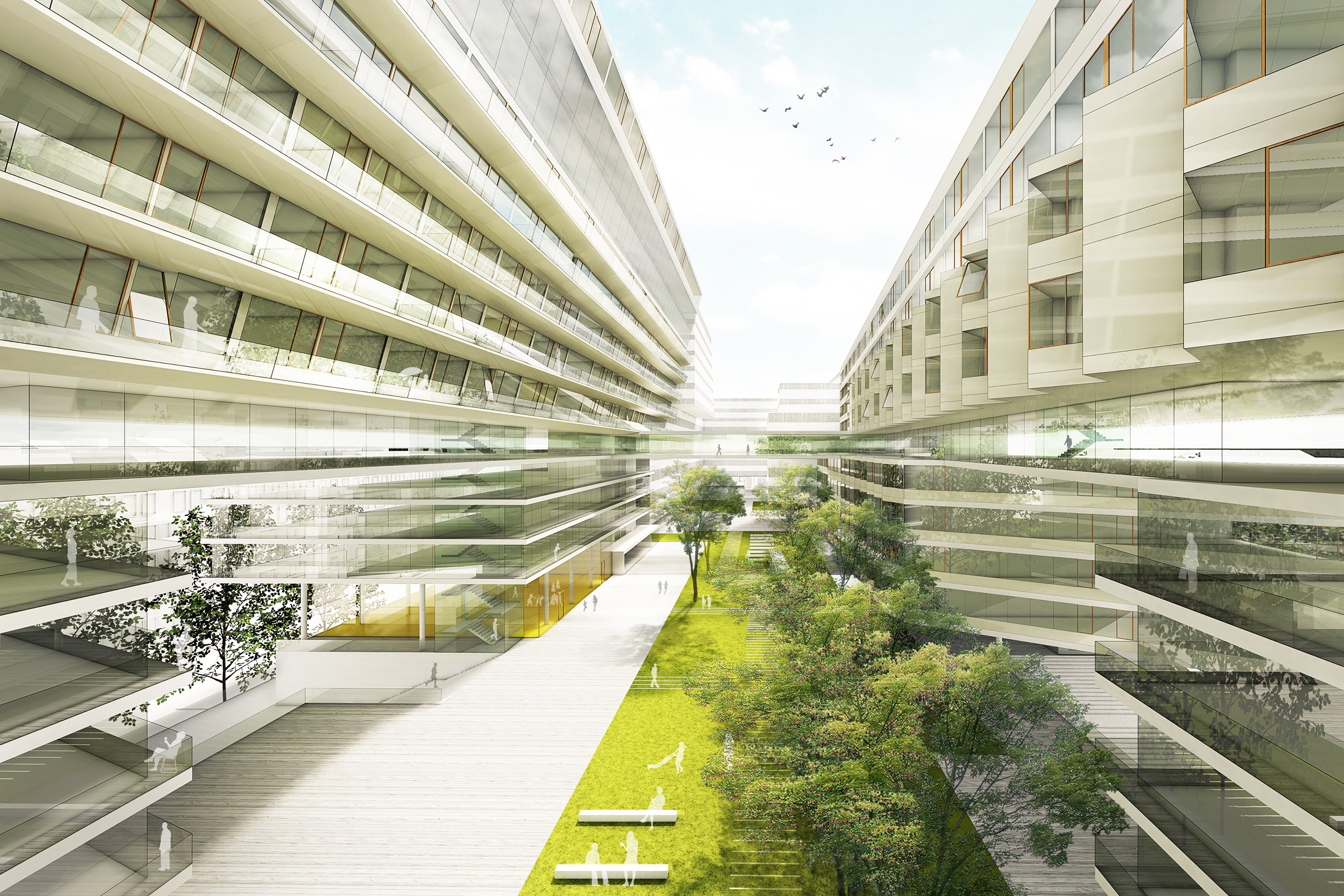 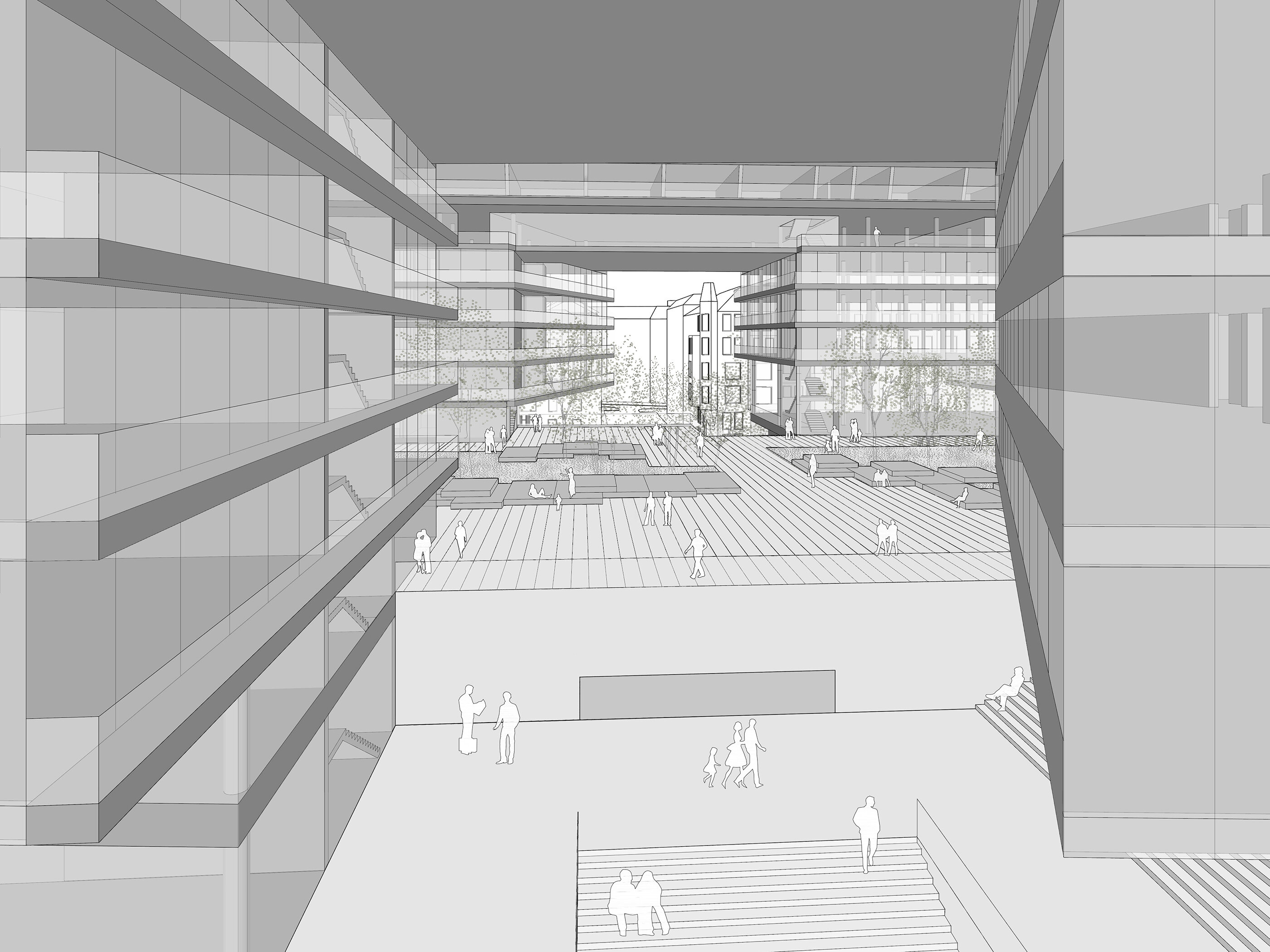 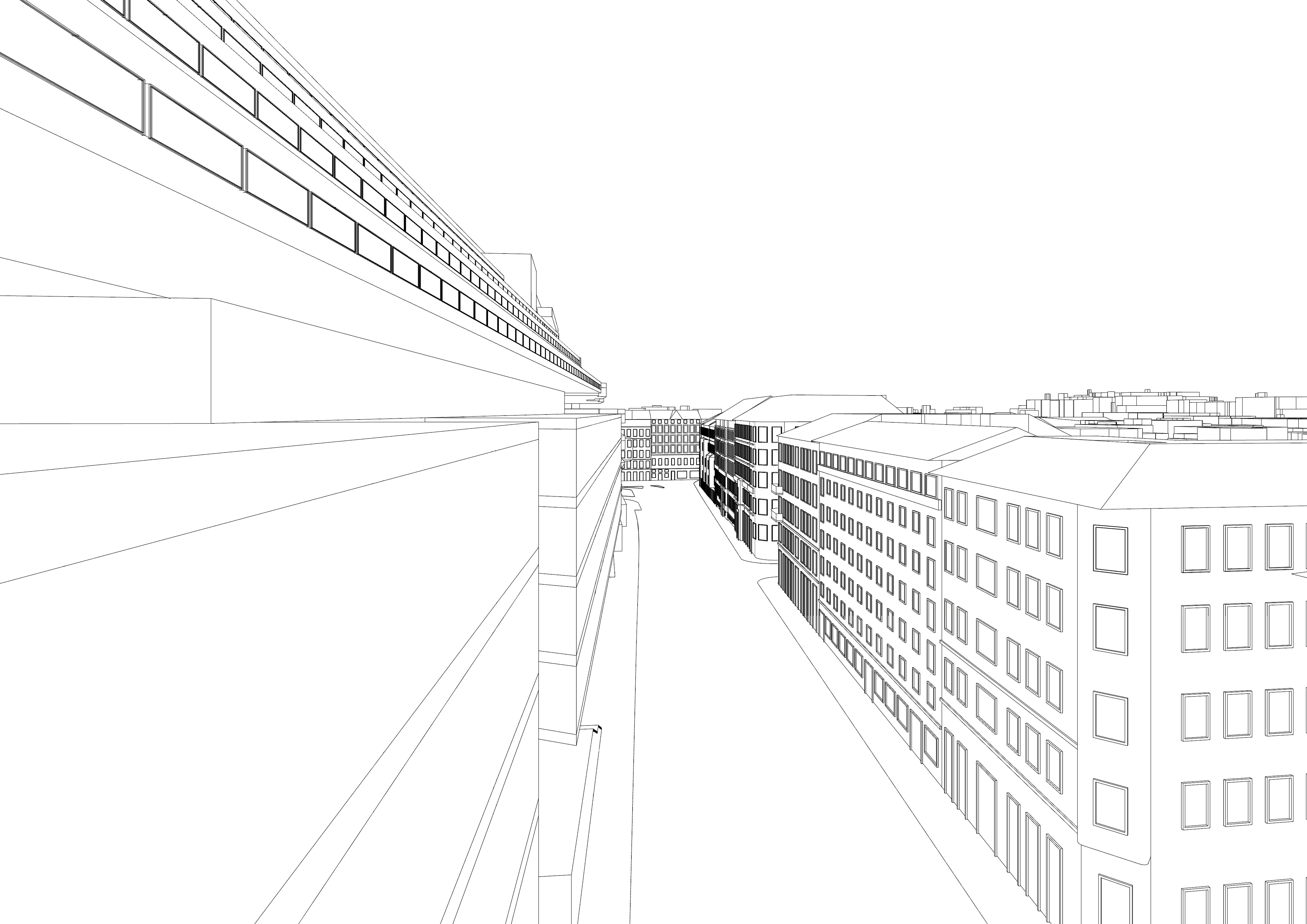 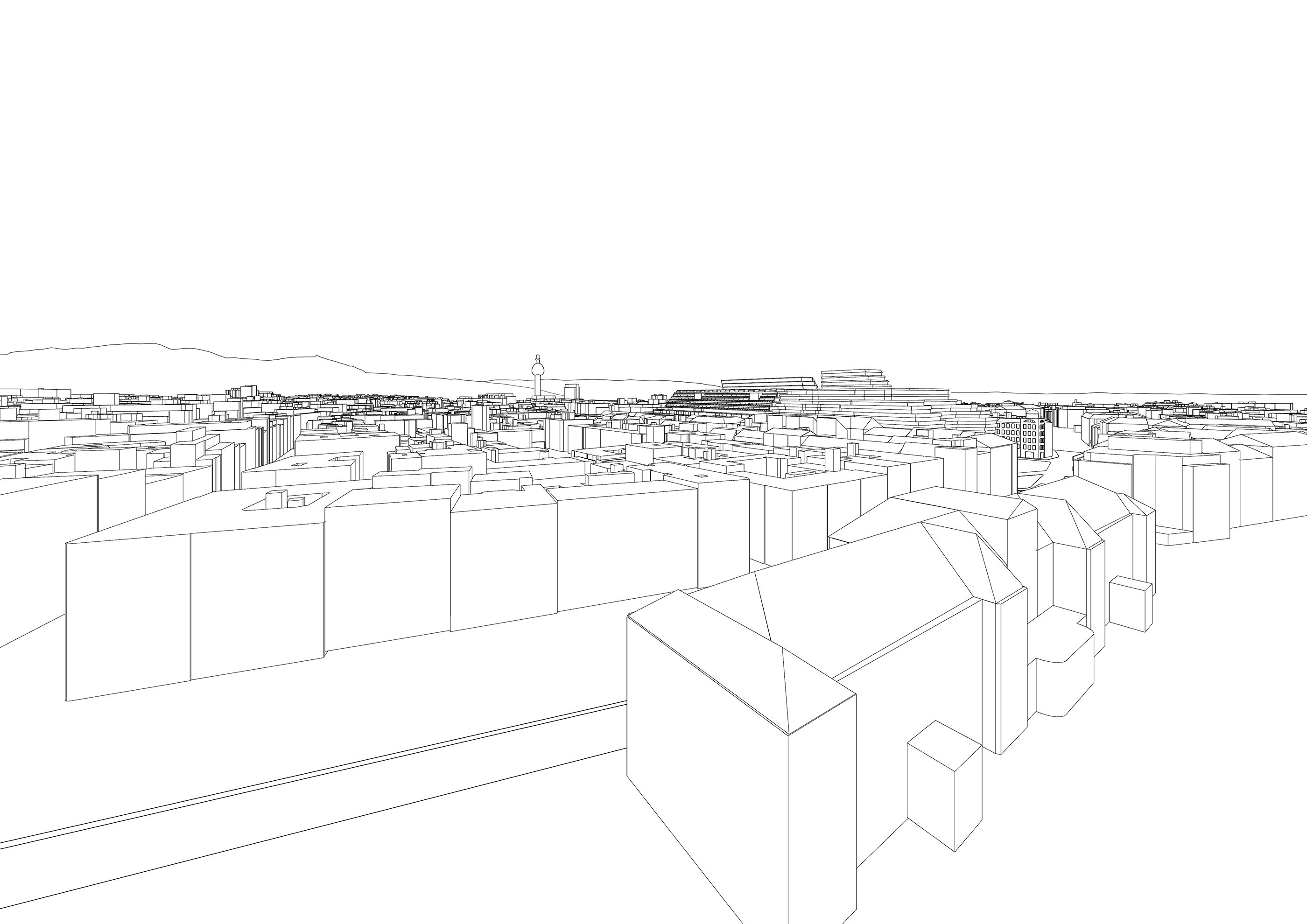 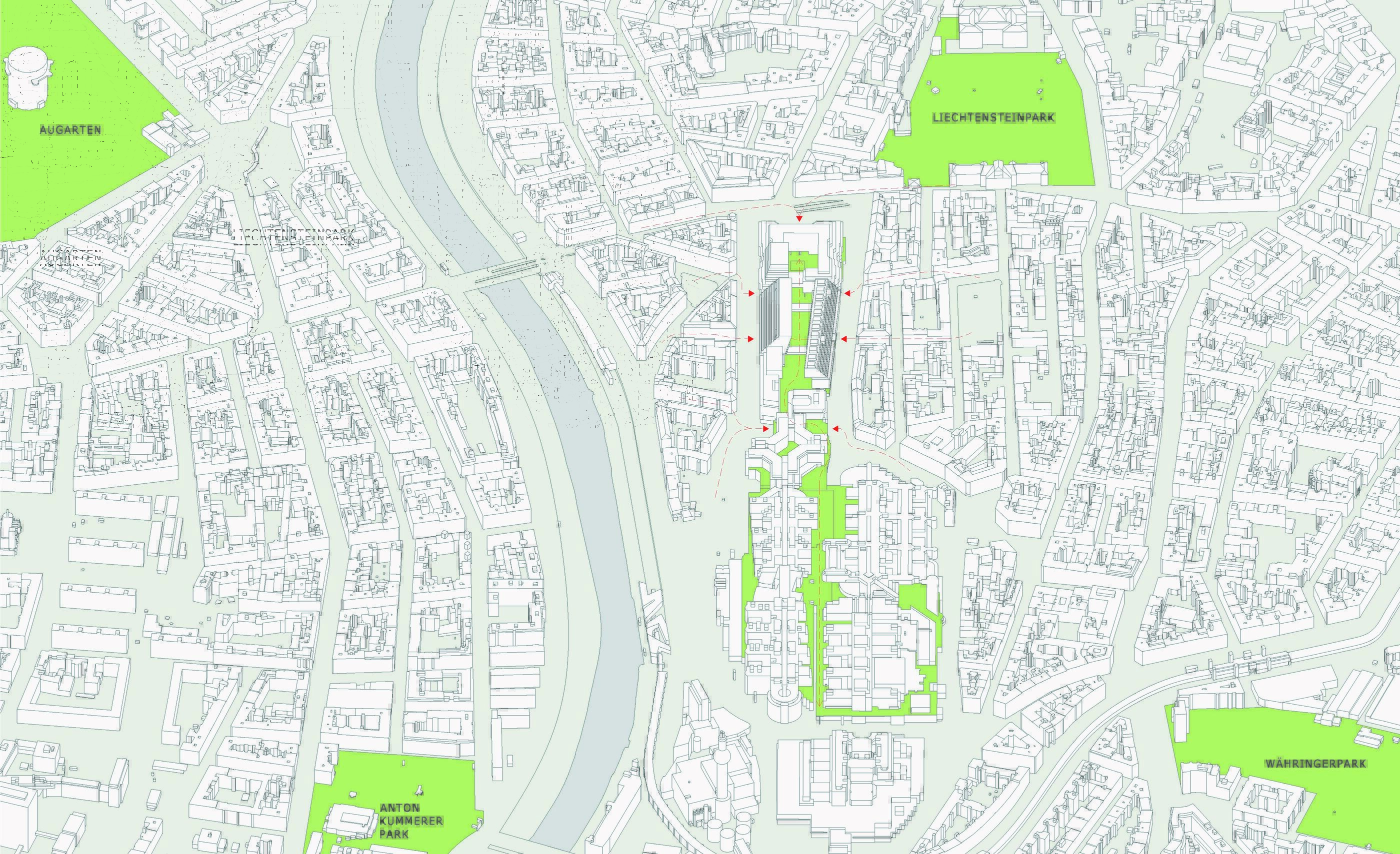 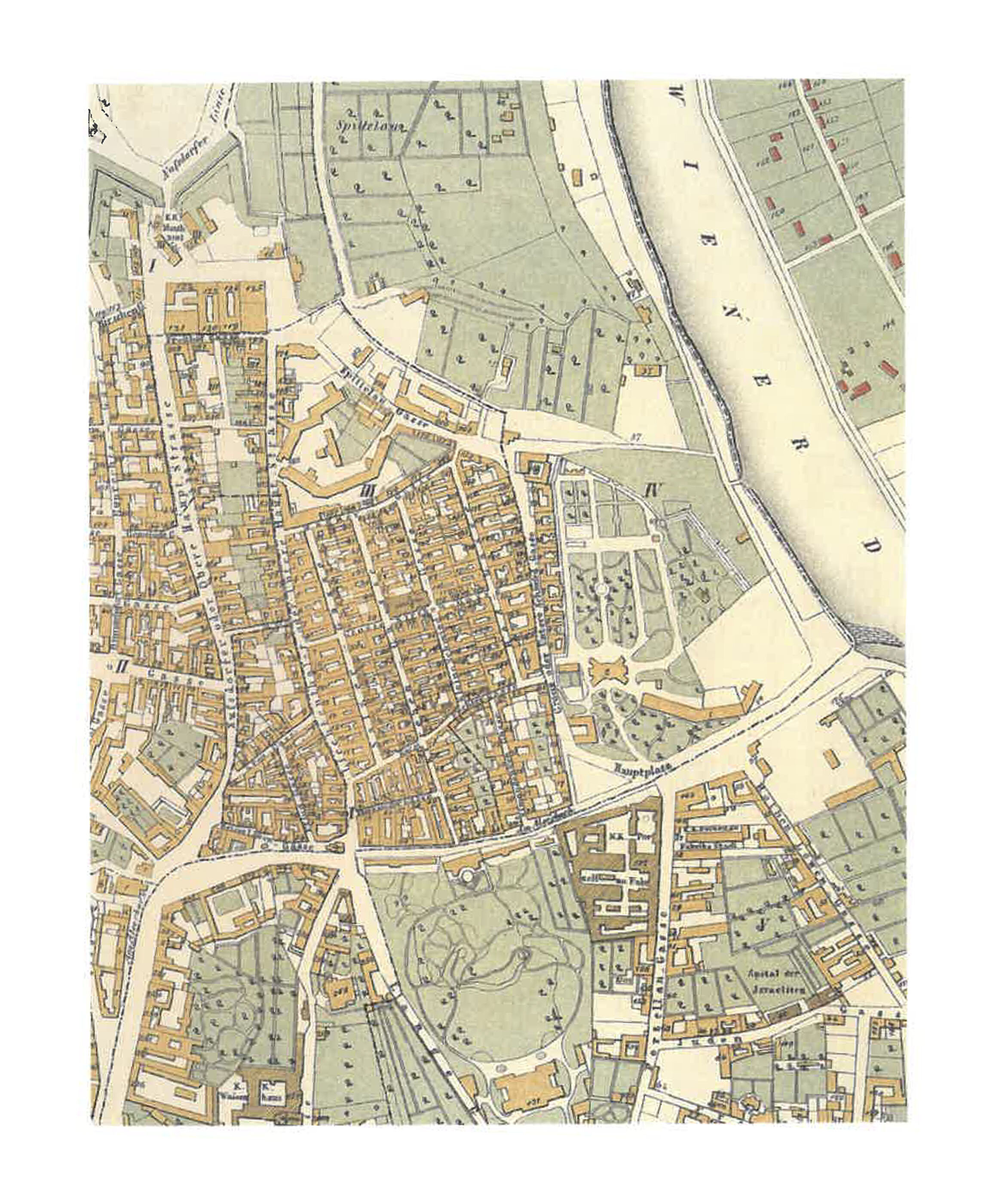 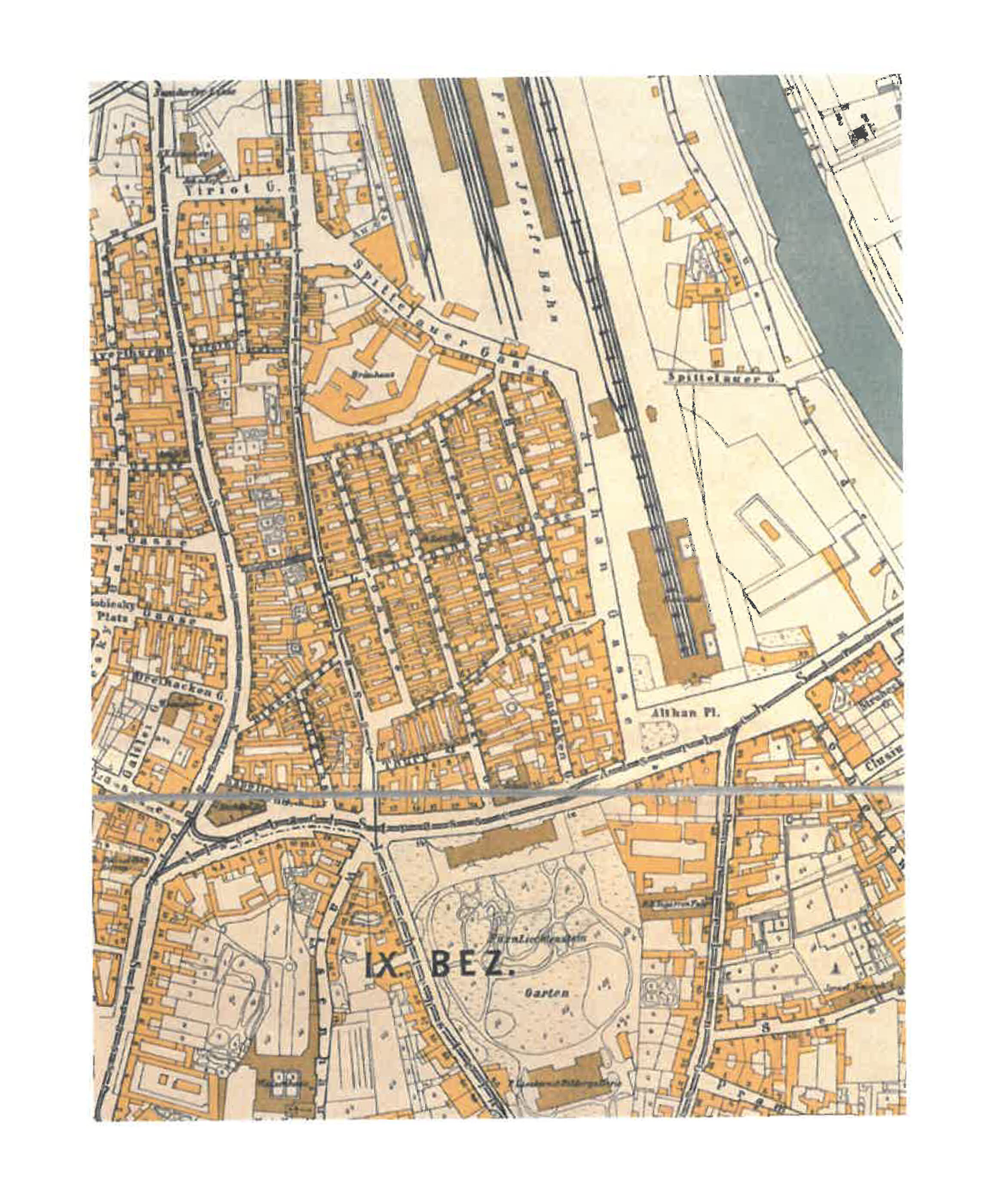 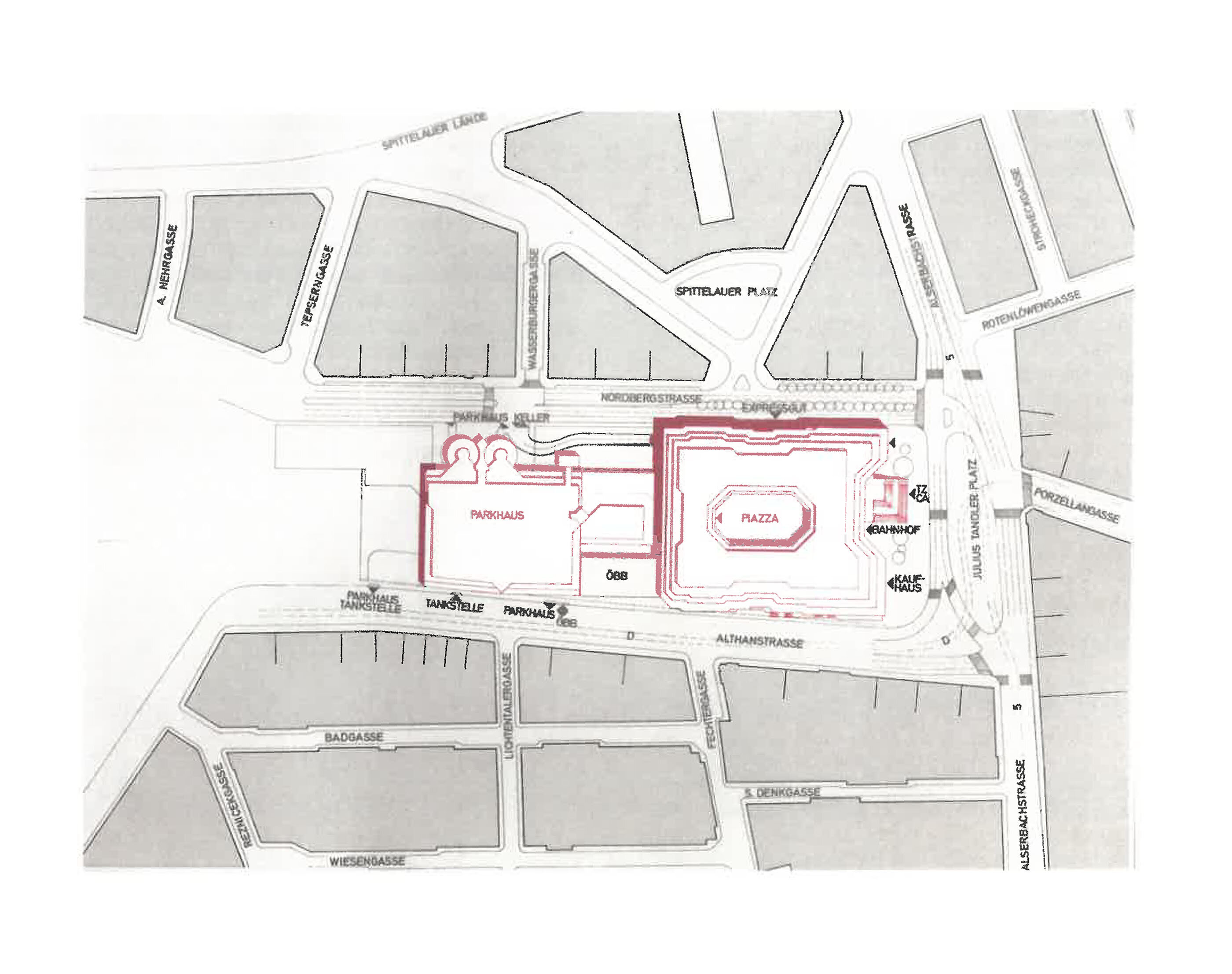 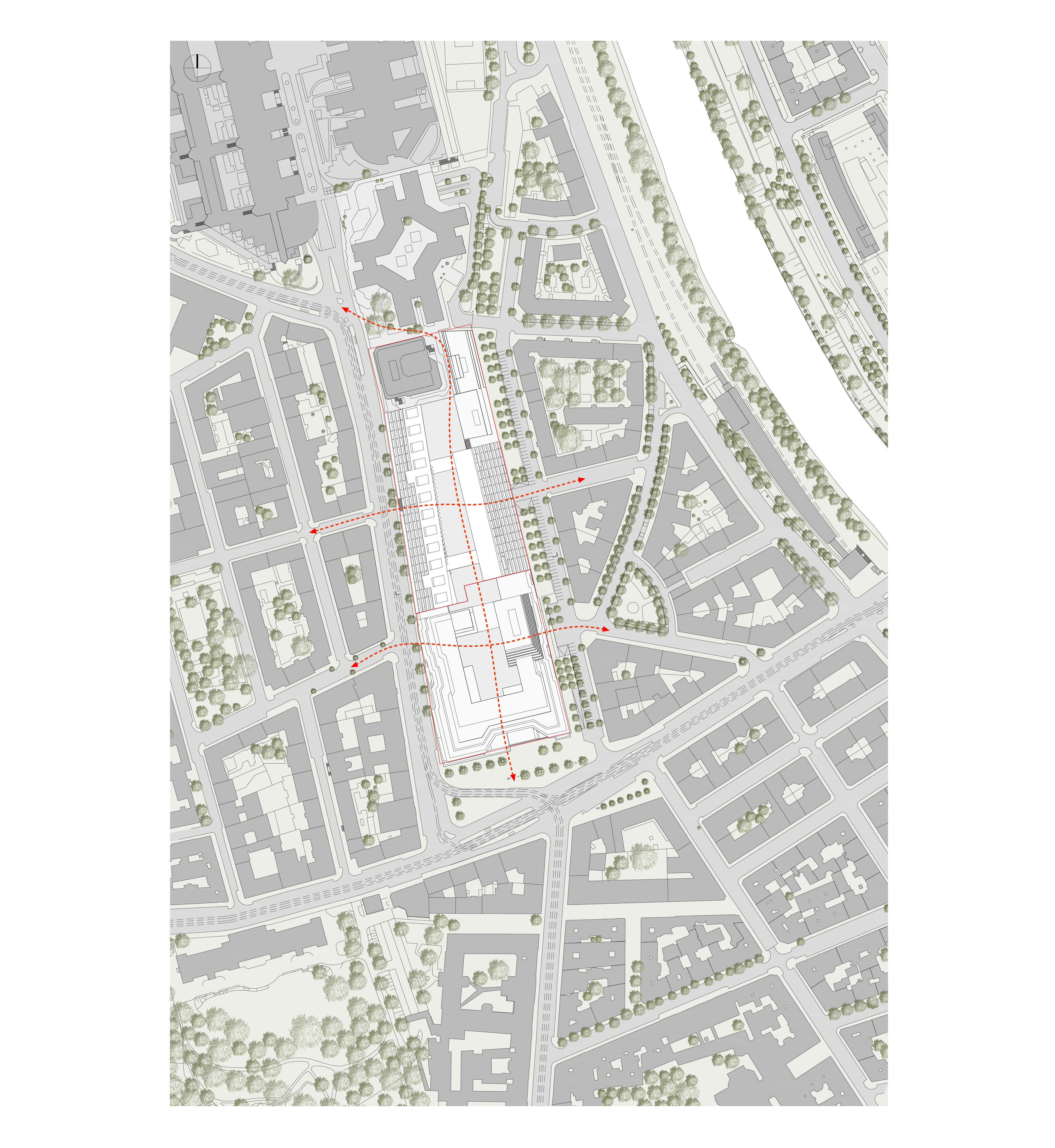 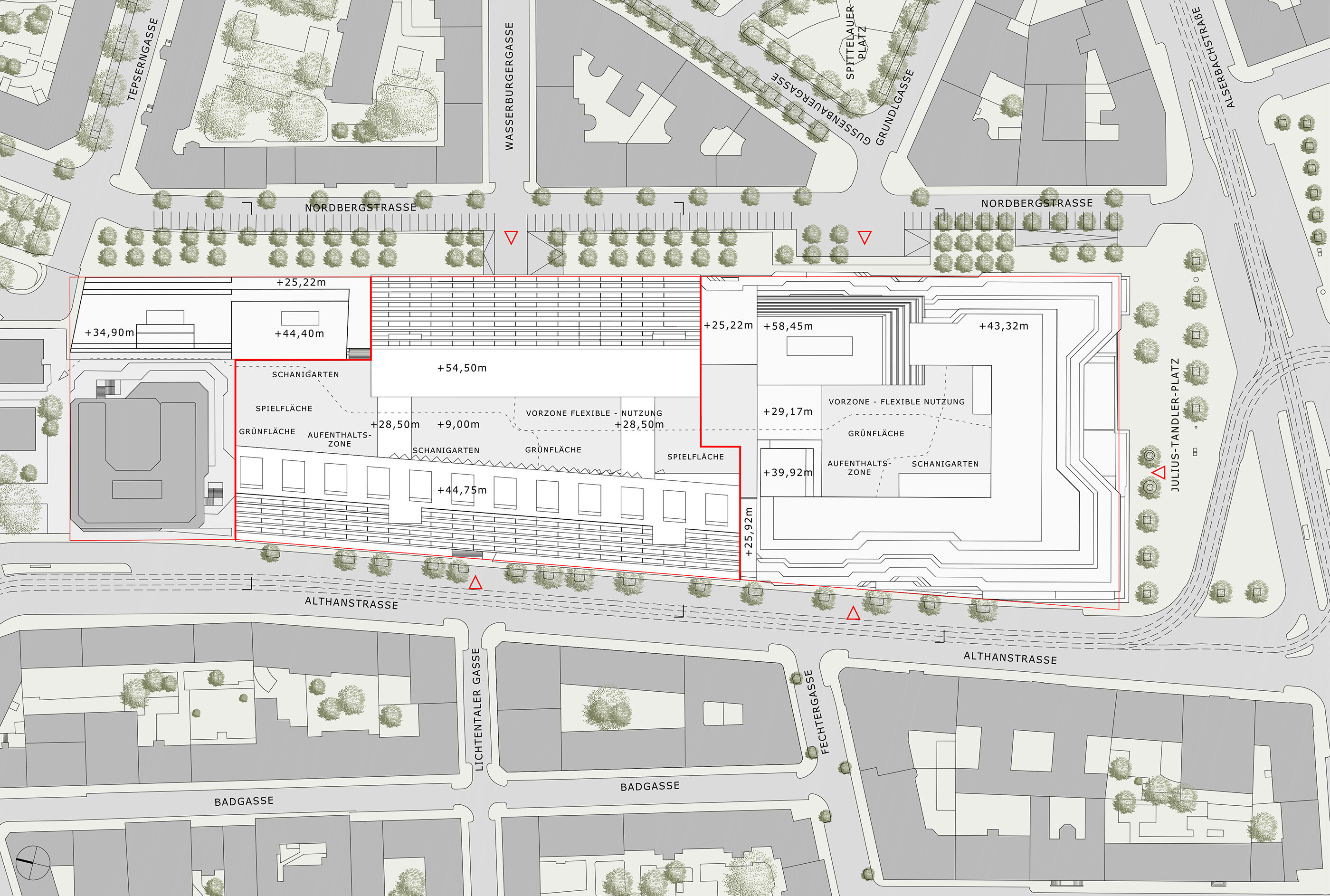 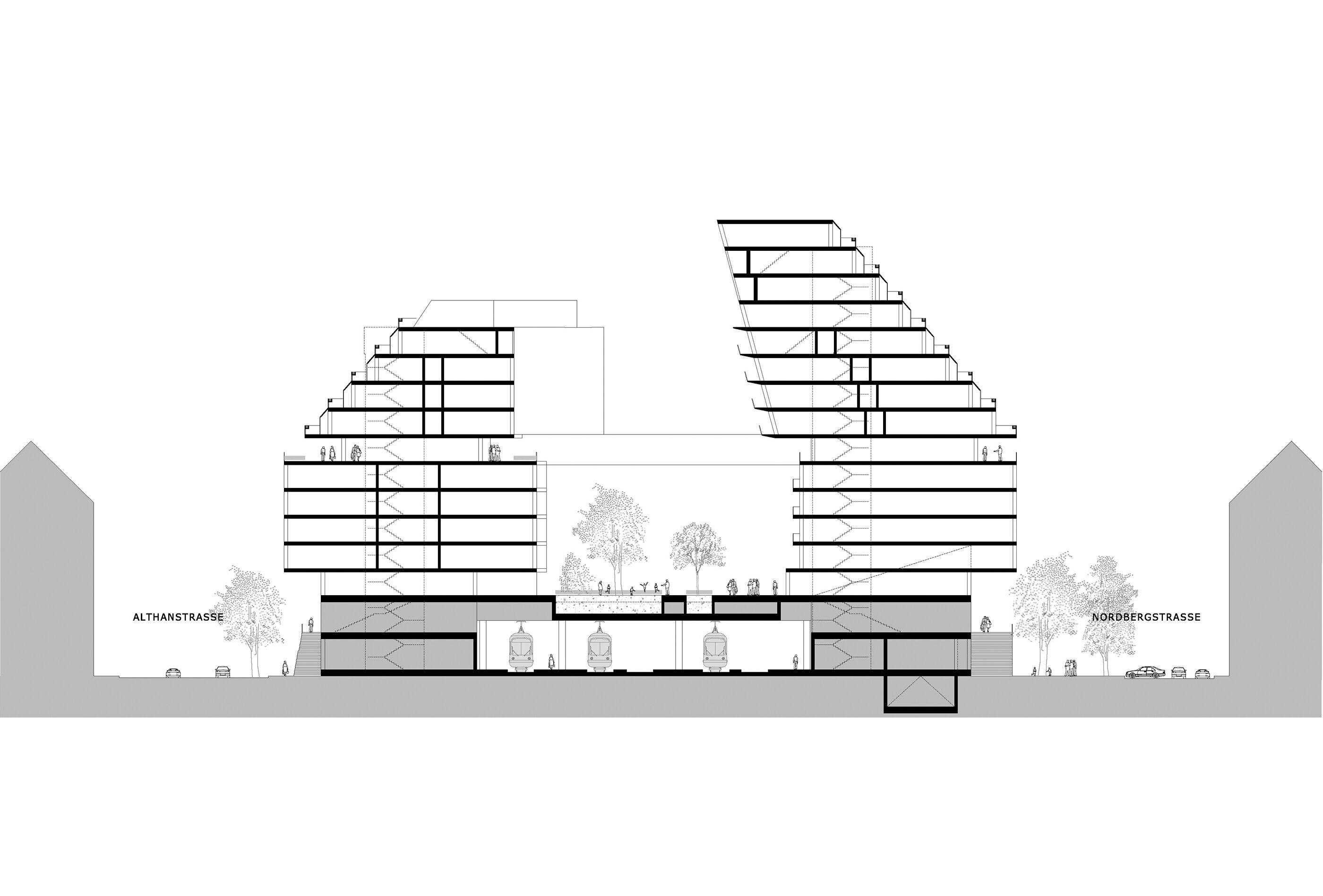 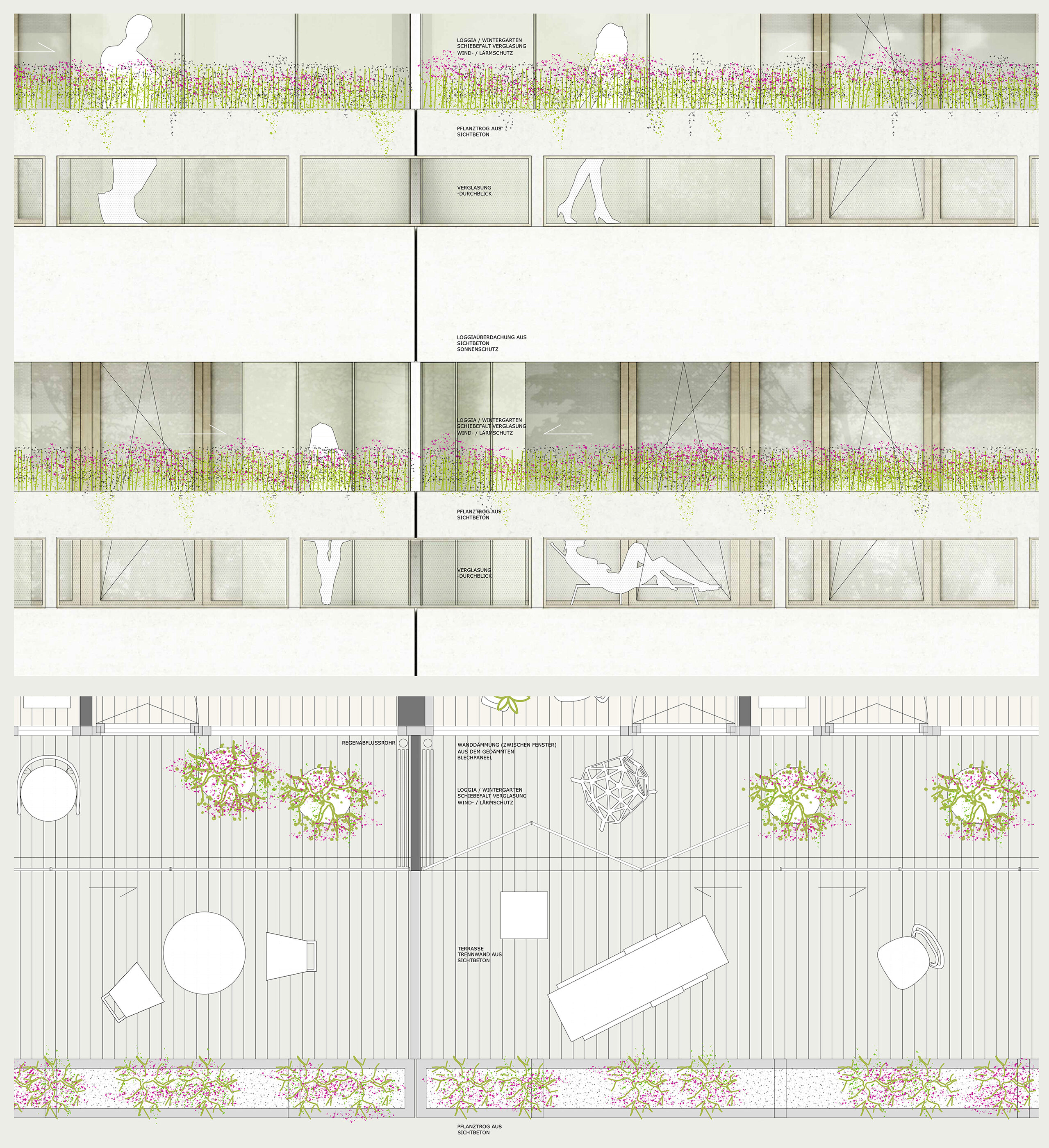 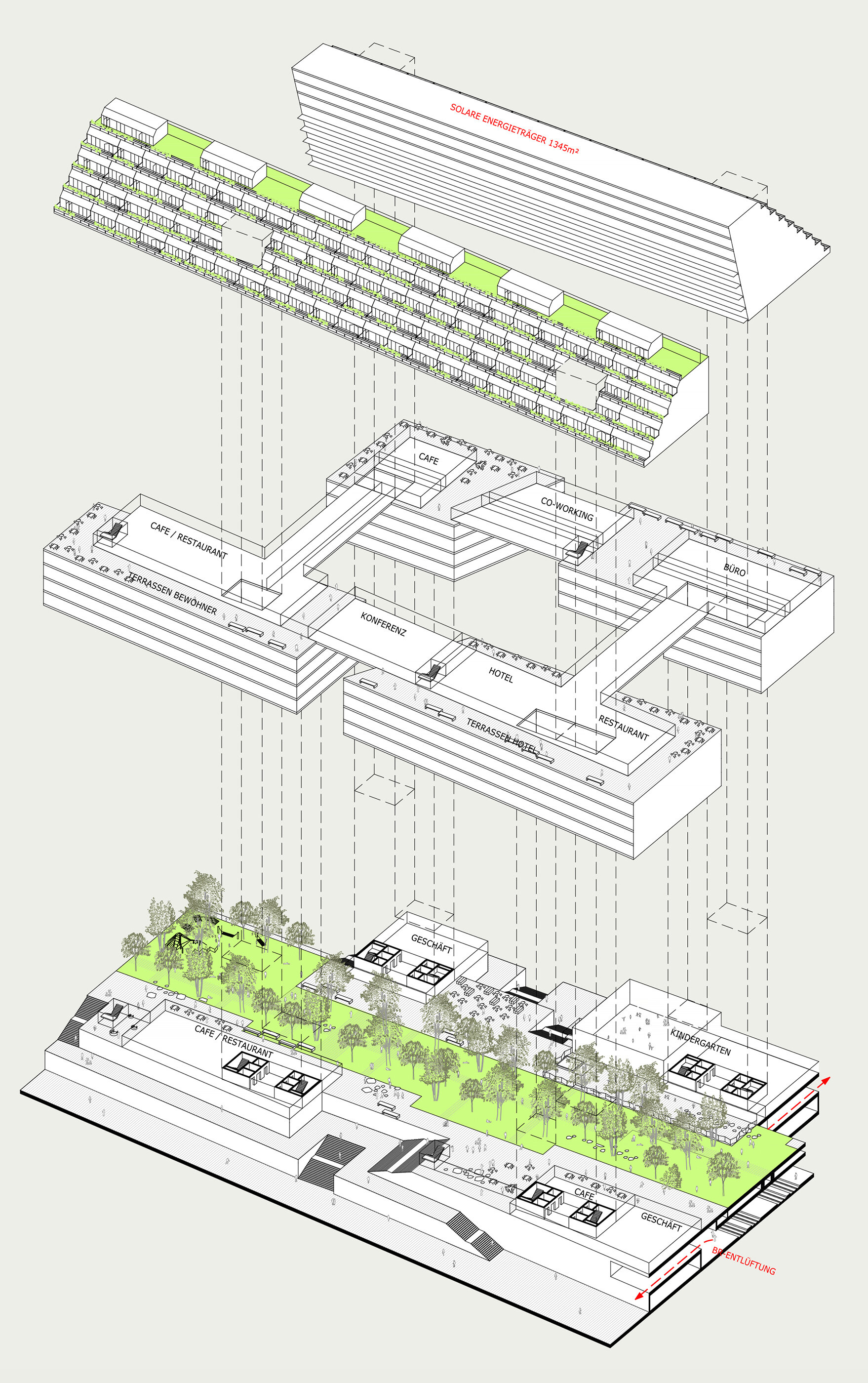 The development of the track area at the Franz Josef Train Station, amidst a large area of still intact 19th century housing relatively close to the city centre, which was implemented in the 1970s was a prominent “mountain range” that shattered the scale of the surroundings. In the form of a “ribbon city“ made up of structuralist to late modern buildings, from Julius-Tandler-Platz to Spittelau district heating plant the building height above the tracks was increased to about double that of the 19th century housing, The situation that was created at street level is more than problematic, as there was a lack of opportunities to cross through the development and the infrastructure for the residents of the surrounding area is inadequate.

This existing development, which is stepped in the area of Franz Josef Train Station, is continued by buildings that follow the line of the streets on either side and that begin to step back from the roof height of the 19th century development, with a maximum building height of 41 metres (Althanstraße) and 54 metres (Nordbergstraße). Since the time of the first designs for stepped housing by Adolf Loos (which unfortunately were never carried out) to the new appreciation of this kind of development today, on account of the special qualities they offer residents stepped buildings have generally met with a very high level of acceptance in Vienna.

To ensure that the new district works properly the author believe that it is highly important to create an open space that is extremely well connected to the surroundings by means of a continuous park, (mostly not covered over), which extends between the edge zones across the full 270-metre width of the competition site. As a continuation of the street lines that meet here, at  the place where the accesses to the elevated park are located the development is to open strikingly to the surroundings across the width of the street up to a height of six storeys (i.e. to the roof zone of the 19th century buildings.)