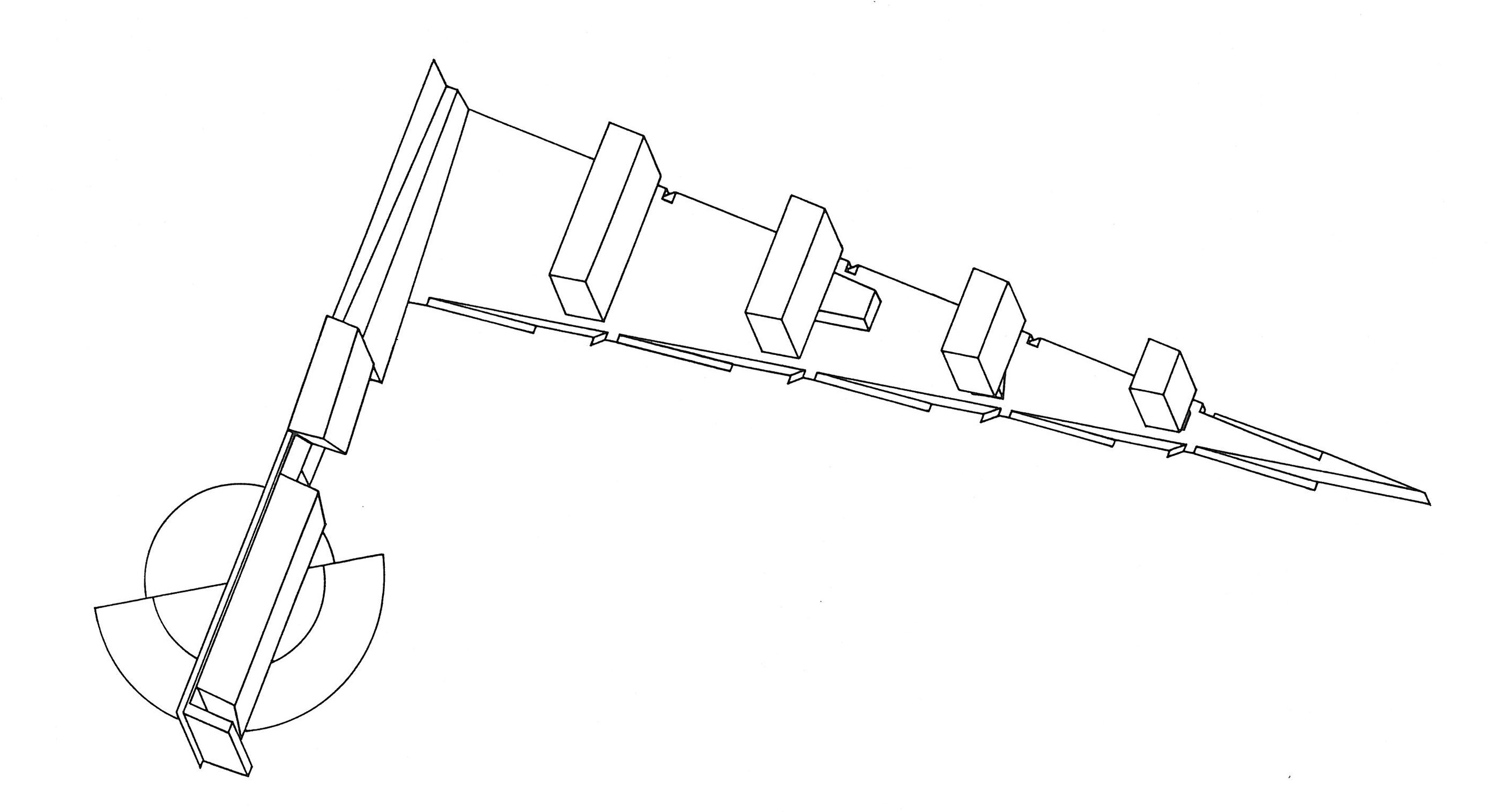 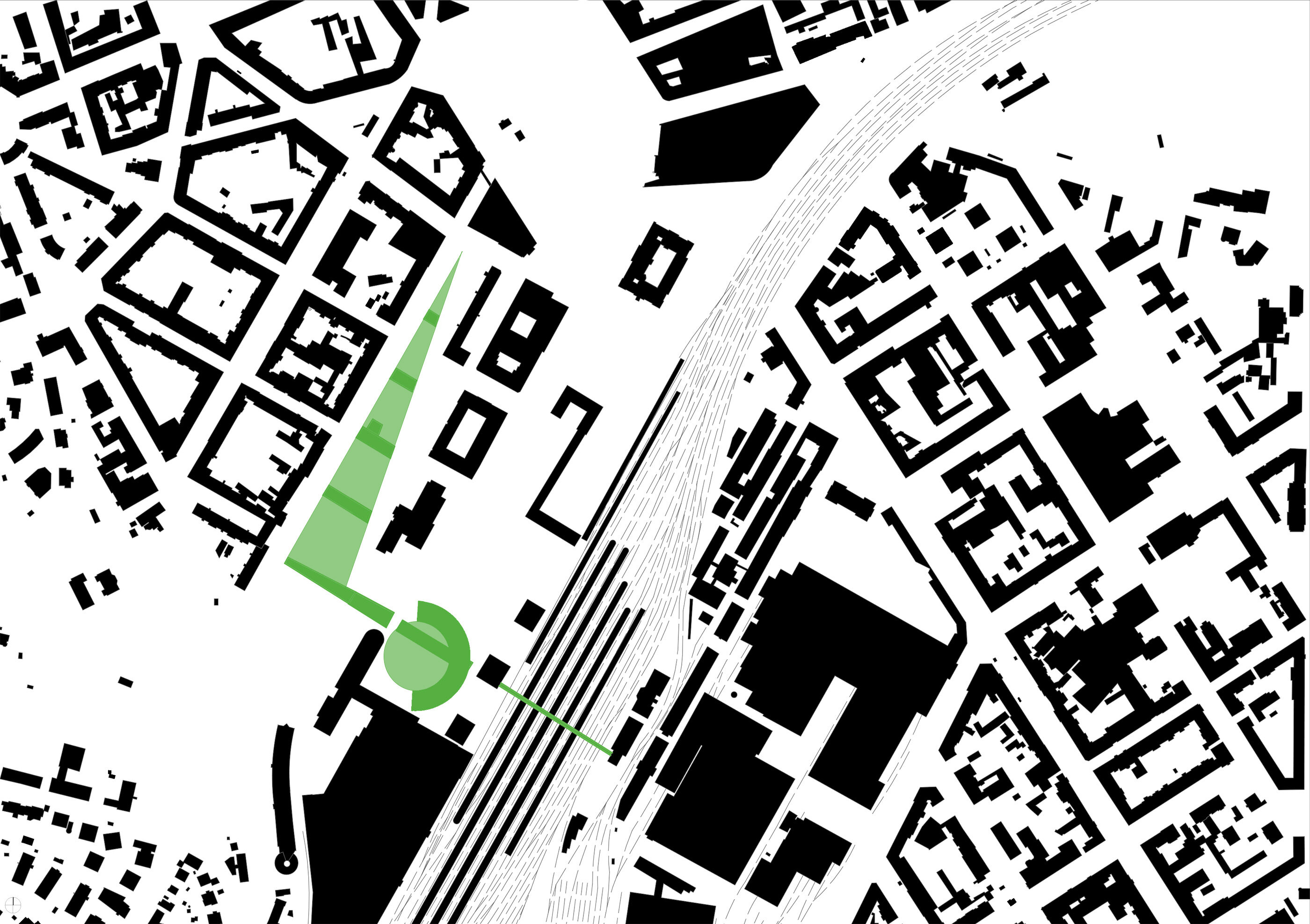 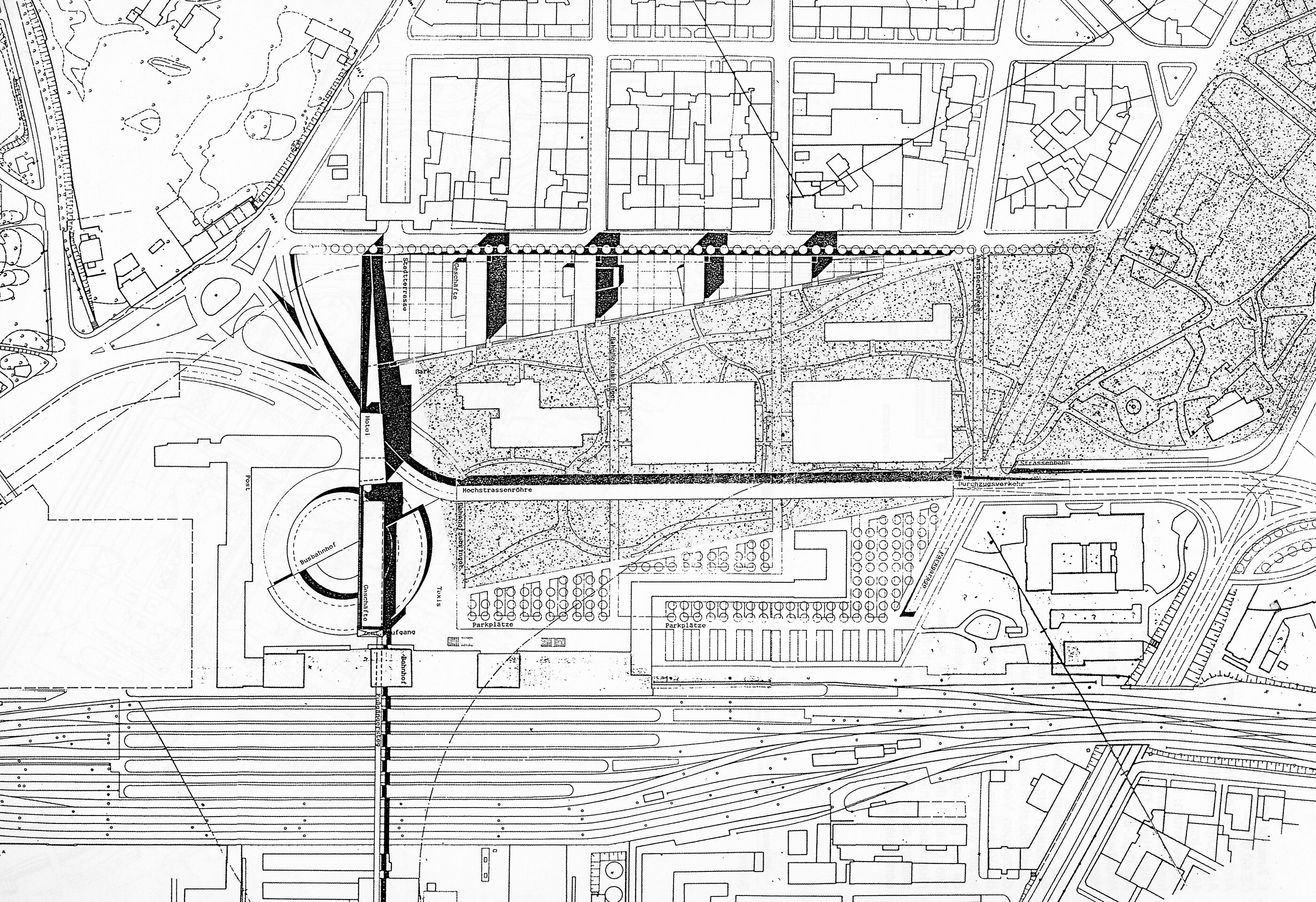 By means of a rigorous intervention the project attempts to make the existing, striking elements of the urban space visible. Through a triangular “city terrace” in a contrasting form (with four parallel blocks standing on it which reduce in length towards the apex of the triangle) a kind of visual grid is placed in front of the 19th century buildings. From the Volksgarten  the green space is laid out as a trapezoidal “carpet” over the existing heterogeneous development (old and new courtyard buildings). An “elevated street tube” crosses the ensemble (as a clasp connecting Waldeggstraße and Blumau), while a hotel building, like a kind of gateway, together with the round bus terminal at right angles to it  intervenes in the existing station forecourt. The compositional system thus represents a confrontation between an abstract major form and urban planning reality. It makes the planned and accidental qualities of the ensemble visible in a form that is based on contrasts.

As an urban planning idea the project reveals lofty artistic aspirations. The author’s primary concern is not to show how the project might be implemented, but rather to help make aspects of urban space visible.